You’ve seen Bernie Sanders bundled up against the chilly Inauguration Day weather, his arms and legs crossed, hands in a pair of knitted mittens. And thanks to clever Americans and their meme magic, you’ve also seen the Vermont senator sitting on a bench next to Forrest Gump, taking a break […]

You’ve seen Bernie Sanders bundled up against the chilly Inauguration Day weather, his arms and legs crossed, hands in a pair of knitted mittens.

And thanks to clever Americans and their meme magic, you’ve also seen the Vermont senator sitting on a bench next to Forrest Gump, taking a break with construction workers high above a skyscraper, spending some solitary moments at Hopper’s “Nighthawks” diner and hanging out at Yalta with FDR, Churchill and Stalin.

Soon you can place him in a tableau of your choosing at home.

The National Bobblehead Hall of Fame and Museum in Milwaukee has sprung into action.

“As soon as one of our employees alerted us to the viral pictures of Bernie, we checked out Twitter and knew we had to get to work,” co-founder and CEO Phil Sklar said. “We think this will be another fun bobblehead to put a smile on people’s faces.”

The bobblehead ($25, plus $8 flat-rate shipping) will feature Sanders with his face mask, mittens and winter coat sitting in a folding chair on a white podium base.

The online presale has started. But the bobbleheads won’t start shipping until May because while internet ingenuity is nearly instantaneous, manufacturing takes some time.

“The first step is the rendering, which is the easiest part and only takes a few minutes,” Sklar explained in an interview. “We’ve already had the factory get started on the mold, which is hand-sculpted out of clay based on the pictures that we provide. From there, we’ll probably have a few rounds of revisions and then the prototype is painted for approval. Once it’s approved, they are all produced and shipped to our warehouse before going out to customers across the country (and world in this case).”

The HOF and Museum, which opened in early 2019, is currently closed to visitors but still producing bobbleheads for retail sale in addition to filling orders for teams, organizations and individuals across the country.

The size of the production run varies for each bobblehead. “We’ll have a few weeks to gauge the final demand before we have to give a final quantity,” he said. “We’ll then decide on the numbering as each one will be individually numbered.”

Also currently in production and being offered for presale are limited-edition bobbleheads of President Joe Biden and Vice President Kamala Harris (two on one podium); Dr. Anthony Fauci (with a customer choice of Fauci in a lab coat or Fauci in his facepalm pose); the new first lady, Dr. Jill Biden; and Supreme Court Justice Amy Coney Barrett.

Sklar said they are getting ready to ship the Mike Pence Fly bobblehead. “We’re pretty close to selling out of that one, but will usually order some extras for orders that come in after production starts.”

Some sell better than others. The first Dr. Fauci bobblehead became the hall of fame’s bestseller. And a previous Sanders bobblehead that depicted his run for president sold out. But a check of the website inventory shows that the bobbleheads for former presidential contenders Ted Cruz and Marco Rubio have been discounted to $10.

A portion of proceeds from the sales of 2020’s coronavirus-themed bobbleheads, including Dr. Fauci and the Essential Heroes, was donated to Protect the Heroes Campaign to support the 100 Million Mask Challenge to get PPE to the nation’s front-line healthcare workers. That effort netted $300,000 for the charity, Sklar said.

Baby boomers are the fastest growing group of online shoppers

Sat Jan 23 , 2021
During the pandemic, a new trend emerged: baby boomers taking over online shopping.  Consumers 65 and older are now the fastest-growing group of online buyers, spending 49% more on the web in 2020 than they did the year prior, the Washington Post reported, citing data from the NPD Group’s checkout […] 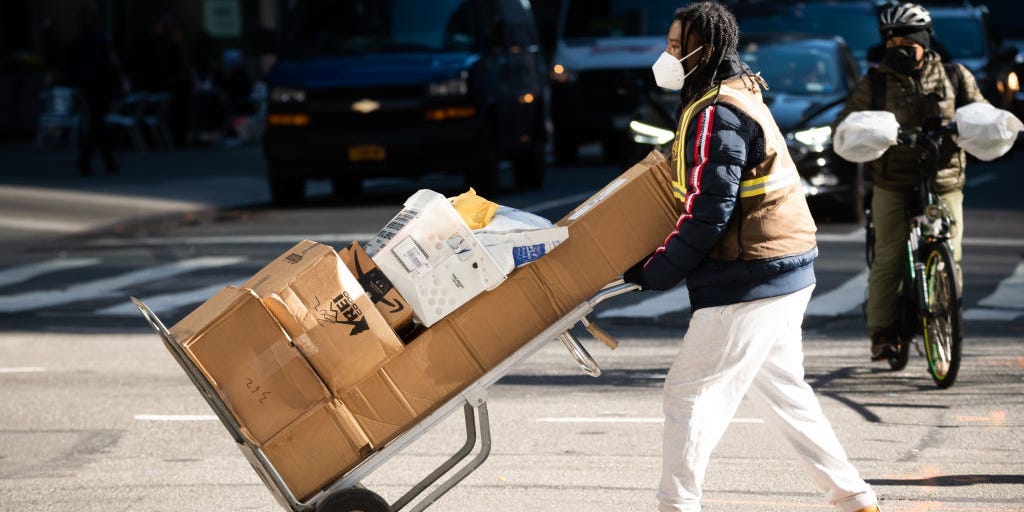