Little more than a year ago, Bedford Industries found itself undergoing a steep learning curve when it came to ecommerce. The 55-year-old plastics fabrication manufacturer developed and launched its ecommerce site in a matter of days in April 2020 to capitalize on an opportunity to produce and sell personal protective […]

Little more than a year ago, Bedford Industries found itself undergoing a steep learning curve when it came to ecommerce. The 55-year-old plastics fabrication manufacturer developed and launched its ecommerce site in a matter of days in April 2020 to capitalize on an opportunity to produce and sell personal protective equipment and components.

One of the things the site did was enable us to handle PPE orders without having to add sales staff.

The Worthington, Minn.-based manufacturer’s quick pivot proved successful. With its history of making things like plastic ties and tabs for packaged products, it began producing materials for face shields and masks. The company attracted a new segment of customers in small businesses looking for PPE, and it began serving a new cottage industry of consumers who used Bedford’s materials to produce face masks.  Also important, Bedford found its ecommerce site kept sales representatives from being overwhelmed by phone orders for PPE.

Unlike Bedford’s traditional B2B customers, its new buyers among small businesses and consumers looking for PPE were interested in buying smaller quantities, usually a case versus a full pallet. Although the size of PPE orders are smaller in terms of the number of items purchased, the volume of orders is substantial.

Orders for PPE account for 12.5% of Bedford’s total orders, up from 10% in October 2020. On average, Bedford has seen 100 to 200 orders per month for PPE. Order volume fluctuates, however, with spikes in COVID-19 cases, rising along with reported COVID cases, and receding as they fall.

Despite the substantial percentage of total orders PPE represents, revenue from those orders accounts for less than two-tenths of a percent of Bedford’s total sales. Nevertheless, the site has proven highly beneficial as Bedford was able to capture new customers and sales it most likely would not have attracted otherwise.

“One of the things the site did was enable us to handle PPE orders without having to add sales staff,” says Jay Milbrandt, president of Bedford Industries. “If we had to handle those orders by phone, we would not be able to do so without adding staff, and even then, we probably would not have been able to capture all those sales.”

Like many companies launching an ecommerce site for the first time, Bedford quickly learned it needed to tweak it to better service its customers. The first step was expanding the range of offerings for nose wire by adding several different lengths. “We provided the nose wire to make two million masks,” adds Milbrandt.

About six months ago, Bedford added the option for buyers to talk to a sales representative post-purchase by clicking a link that launches a video-conferencing application. “We were not sure how customers would respond to it, but we are seeing a variety of buyers using it and the feedback we have received has been positive. This is a good post-sale follow-up feature.”

Another tweak the company made was changing the URL for its ecommerce site to better reflect its online catalog and position the site for when Bedford begins to expand its online catalog beyond PPE. The URL was changed from ElastiShield.com to Store.Bedford.com.

ElastiShield is the name of Bedford’s face shield, which the company fast-tracked into production in 2020. The shield was developed using Bedford’s ElastiTag product, a large rubber band with a label used on food products and bottles that could easily be altered to become a band that fits around someone’s head and holds a face shield in place. Bedford initially launched its ecommerce site to sell the face shield, then quickly added the nose wire materials as it saw an opportunity to meet the demand for that product.

Having celebrated the first anniversary of its ecommerce site’s launch in April, Bedford is now mapping out a strategy for evolving the site as the rollout of the COVID-19 vaccines reduces demand for PPE. “We’re looking at what products to add and how to price and promote them,” says Milbrandt.

One question facing the manufacturer is whether to wait and revamp its online catalog once it has completed implementing its new ERP platform from NetSuite or do so sooner. “The big question is does it make sense to expand our site during the ERP transition,” says Milbrandt. “One of the benefits of launching our ecommerce site so soon after starting implementation of our ERP platform is that it gave us an early glimpse into what our company would look like as we were taking a major step in modernizing our sales processes.”

One of the biggest challenges Bedford faced as it prepared to launch its ecommerce site was developing an online store that would not interfere with the full implementation of its ERP platform. The manufacturer worked closely with NetSuite in developing basic ERP functions to support its ecommerce store and an auto-billing workflow that allowed online orders to flow through its financial system. The company also wrote software code to integrate its website with parcel carriers and payment processors.

Once the ERP implementation is complete, Bedford plans to launch an email marketing communications strategy for what Milbrandt describes as the manufacturer’s 100 most engaged customers. “These are customers we work closely with and that want to be in the know about what’s going on, and we want to communicate with them,” Milbrandt says. “Email marketing is part of our transition to the new ERP platform and will be a big part of our marketing efforts going forward.”

Follow us on LinkedIn and be the first to know when new Digital Commerce 360 B2B News content is published.

Are you one of the Lightning 50 UK eCommerce companies? -

Mon Apr 26 , 2021
Brightpearl has announced a new industry league for UK eCommerce businesses. It is hoping to attract registrations from UK eCommerce providers with £1M – £250M of revenue. Registration is free and will close on 16th July. Brightpearl intends to publish the list on 23rd September 2021. Besides the kudos of […] 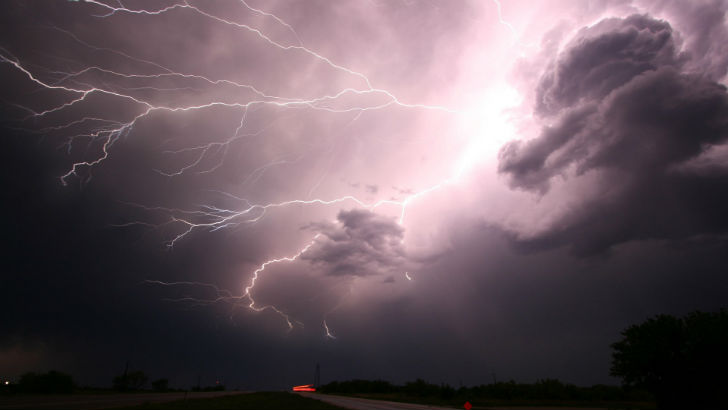