Ezra Firestone launched his first ecommerce business in 2007. It sold wigs. He’s owned multiple brands since. BOOM!, which sells cosmetics, he co-founded in 2010. He focuses on key management metrics, such as spending 30-percent of ecommerce revenue on advertising. “If you make $1 million per year in revenue, you […]

Ezra Firestone launched his first ecommerce business in 2007. It sold wigs. He’s owned multiple brands since. BOOM!, which sells cosmetics, he co-founded in 2010. He focuses on key management metrics, such as spending 30-percent of ecommerce revenue on advertising.

Firestone’s success speaks for itself. BOOM! generates more than $20 million in annual sales. Zipify, his ecommerce app provider, was voted by Shopify Plus merchants as the best for post-purchase upsells. And a third business, Smart Marketer, provides ecommerce training and strategy.

He and I discussed it all in our recent conversation.

Ezra Firestone: Yes. Founder of Smart Marketer. Co-founder of BOOM! and Zipify. I’ve owned many ecommerce brands. My first was a wig business back in 2007.

From the drop-shipping days to the SEO days to the Google AdWords days, I’ve been in love with ecommerce and was lucky enough to grow up in it — before the iPhone, before it was cool. It’s been my life’s work. I’ve been fortunate to be recognized as one of the voices in the community that’s worth listening to. I really enjoy engaging with and relating to other ecommerce business owners.

Firestone: That is true. I co-founded BOOM! in 2010. It sells cosmetics for women of all ages. So for the first four years I barely made any money — a couple of hundred grand in revenue a year. Then 2015 I made a couple of million bucks. In 2016, I made $20 million, and I’ve been rocking since then. So it took me a while.

When we launched BOOM!, the main source of visibility for ecommerce brands was search traffic. But nobody was searching for “pro-age cosmetics” or “makeup for older women.” The reason the business took off in 2014 and beyond is because of mass availability via Facebook of contextual traffic, the ability to put messages in front of people based on the context that you have about them. We were able to tell stories to those folks. BOOM! was perfect for that.

Bandholz: You’ve recommended spending up to 30 percent of ecommerce revenue on advertising.

You can include the cost of photos, email design, and similar in that 30 percent. I don’t, however. My income statement includes a weekly KPI sheet. One of my KPIs is marketing spend as a percentage of net revenue. Facebook, Google, and Pinterest are the primary places we spend money to grow traffic. It’s always between 30 and 35 percent every week. If it’s less, we know that we’re not investing enough to grow the company.

Bandholz: How do you know if the money is actually driving revenue?

Firestone: I focus on three metrics: average order value, cost per acquisition, and lifetime customer value. The average order value is critical. I optimize it via upsells on every page — from the product page to the cart, to the post-purchase checkout, to the thank-you page.

Cost per customer acquisition I monitor the most as it relates to advertising. I know what I can afford to spend. I cannot sustain $70 to buy a cold customer, someone who has never heard of the company. If the CPA exceeds $70, I’ll modify the creative, switch the audience.

If it exceeds $40 in the remarketing pillar, I can’t afford that. Ditto for $20 in the loyalty pillar of existing customers.

Bandholz: Changing the subject, what is your take on the iOS privacy change?

Firestone: It’s a big change for sure. But it affects all advertisers — the entire ecosystem — not just a single company. Tracking is harder. Remarketing is going to be more difficult. Facebook’s metrics are going to decline a bit. But I predict new technology will make up for the lack of data.

Bandholz: You run three companies. Are they entirely remote?

Firestone: I started out at 100-percent remote — hiring my friends, family, cousins, whoever I could convince to work with me — and then outsourcing the rest, such as design and development.

But the problem with hiring friends and family is that you end up with a homogenous group — all white dudes, for example — and not a diverse culture or points of view. So I started looking beyond my immediate friends and bringing in diversity.

Initially it was all virtual. Then I came up with a concept of “virtual local,” where sub-teams live within proximity to one another. They could get together and collaborate. Then we got too big.

So now it’s back to 100-percent virtual. There are many upsides to that, but there are a lot of downsides, too. The reason I went entirely virtual was not to make more money. It’s because I am a bit of a recluse. I didn’t want to go to an office every day.

I enjoy rubbing elbows and having fun with folks for a couple of days and then returning to my cave. I’m a bit socially awkward in that way. I like working from home, having lunch with my wife.

The downsides of a virtual workforce are that it’s much harder to keep everybody on task and organized. You have to get really good at systems, processes, oversight, and virtual calls — a lot of technology.

Operations run well virtually, but strategy does not. So I started back in 2013 gathering my leadership team together once a quarter for a couple of days. They come to my place.

Bandholz: Are all employees in the U.S.?

Firestone: I have a guy in Portugal and a couple of folks in Canada. I recently hired a woman in London as a project manager for BOOM! But that’s the extent of it. I haven’t done well with international employees. However, I’m starting to understand the taxes and regulatory requirements of different jurisdictions.

Bandholz: Where can people reach out to you and support your businesses?

Fri May 28 , 2021
Last Memorial Day, Americans were dizzy from the pandemic, recession and widespread shutdowns. Many had shopping for hand sanitizer and toilet paper on the brain. But this May, life seems to be blooming again ahead of the unofficial start of summer. And in more typical Memorial Day fashion, the weekend […] 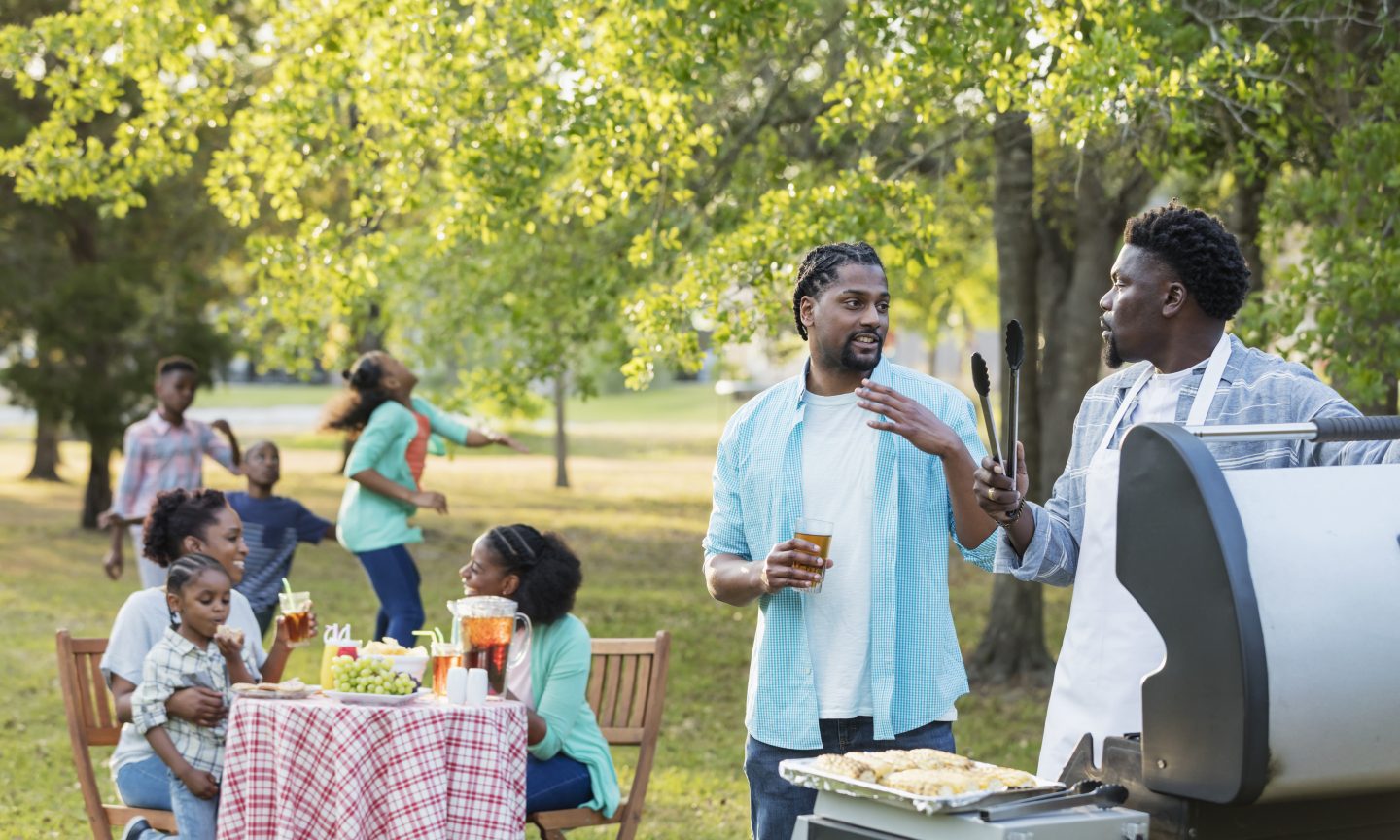