By Coco Liu and Zheping Huang  Zhang Yiming built ByteDance Ltd into the world’s most valuable private company via a string of blockbuster apps like TikTok that challenged Facebook and other incumbents on their own turf. His latest target: Alibaba. The 38-year-old AI coding genius, searching for ByteDance’s next big act, […]

By Coco Liu and Zheping Huang

Zhang Yiming built ByteDance Ltd into the world’s most valuable private company via a string of blockbuster apps like TikTok that challenged Facebook and other incumbents on their own turf. His latest target: Alibaba.

The 38-year-old AI coding genius, searching for ByteDance’s next big act, has set his sights on China’s $1.7 trillion ecommerce arena. The co-founder has hired thousands of staff and roped in big-name sponsors like Xiaomi Corp. impresario Lei Jun to drive what he calls his next “major breakthrough” into global business — selling stuff to consumers via its addictive short videos and livestreams. That endeavour will test not just Zhang’s magic touch with app creation and ByteDance’s AI wizardry, but also investor reception ahead of one of the tech world’s most hotly anticipated IPOs.

His startup is already starting to make waves in an industry long controlled by Jack Ma’s Alibaba Group Holding Ltd. and JD.com Inc. It sold about $26 billion worth of make-up, clothing and other merchandise in 2020, achieving in its maiden year what Alibaba’s Taobao took six years to accomplish. It’s shooting for more than $185 billion by 2022. Douyin, TikTok’s Chinese twin, is expected to contribute more than half of the firm’s $40 billion domestic ad sales this year, driven in part by e-commerce.

“Short video platforms have so much traffic that they can basically do any business,” said Shawn Yang, managing director of Blue Lotus Capital Advisors. “Douyin is not only in ads, but also live-streaming, ecommerce, local life services and search. This has a lot of room for imagination.”

A burgeoning ecommerce business could help the firm surpass its $250 billion valuation when it goes public, countering concerns around Beijing’s crackdown on the country’s internet behemoths. Preparations are said to be underway for a listing that would be one of the world’s most anticipated debuts. While ByteDance won’t handle sales or merchandise itself, it hopes to sell more ads to merchants, boost traffic and take a cut of business.

The internet giant is a late entrant to China’s social commerce scene, where influencers tout products to fans like a Gen-Z version of the Home Shopping Network. The format, pioneered by Alibaba as a marketing tool in 2016, developed a life of its own last year when Covid-19 spurred demand for at-home entertainment. Last year, Alibaba’s Taobao Live generated over 400 billion yuan ($62 billion) of gross merchandise value and Kuaishou Technology’s social platforms hosted 381 billion yuan of transactions, more than double Douyin’s.

ByteDance is counting on its artificial intelligence-driven, interest-based recommendations to help its e-commerce business catch up. In a splashy coming-out party for the one-year-old business last month, executives explained that the company intends to replicate its success with using AI algorithms to feed users content in online shopping. By scrolling an endless stream of social content, now connected with physical goods more than ever, Douyin users won’t be able to resist their impulse to buy, they said.

It’s “sort of similar to shopping on the street,” Bob Kang, Douyin’s 35-year-old e-commerce chief, told an audience of hundreds at the Guangzhou event. “As people get richer, they don’t go to shopping malls or boutique stores with specific things in mind, they just buy if they see something they like.”

Kang, a former Baidu Inc. engineer who was poached by ByteDance in 2017, is one of a slew of fast-rising young lieutenants tasked by Zhang to break new ground for the company. He was previously the tech lead for ByteDance’s Helo app, one of India’s most-used social platforms for sharing content like videos — until the South Asian nation shut it down along with dozens of Chinese apps last June on national security grounds.

Since Kang took over as e-commerce head, Douyin has banned live-streamers from selling items listed on third-party sites and invited them to open their own in-app stores, preventing rivals like Alibaba and JD.com Inc. from profiting off its traffic. He grew a team of customer support staff from just one hundred to about 1,900 to fight counterfeits and is hiring for more than 900 other positions to support the business. ByteDance also has an online matchmaking system that helps connect merchants with influencers and their agencies, and it’s set up physical bases to house live streamers and merchandise, similar to what Alibaba does.

The initiative gained traction from celebrity endorsers like Lei, the Xiaomi founder who has hosted livestreams promoting his Mi TVs and smartphones. Luo Yonghao, a once high-flying entrepreneur who had sought to challenge Apple Inc. with his smartphone business, is another top influencer, shifting more than $17 million of merchandise in his first-ever livestream on the platform.

Smaller merchants are following their lead, like Zhou Huang, who set up a Douyin storefront for her jewelry business in October, bypassing conventional platforms like Alibaba’s Taobao. Instead of stumping up hefty fees to platform operators for traffic, she’s managed to amass a fan base of about 20,000 by creating videos that offer practical tips like how to choose the right size when buying a bracelet online.

“It’s challenging for brand new merchants like me to attract customers on Taobao,” says Huang, whose Douyin store broke even after just three months. “Sometimes, people come to our store not for shopping, but for entertainment. But once we have enough visitors, we can make a sale.”

ByteDance is lending a hand. In Foshan, Huang and 200 other jewelry sellers are coached on everything from registering a store and marketing to shooting quality videos. Around-the-clock technical assistance is available: Huang says that whenever her livestream channel goes down, ByteDance technicians immediately come to the rescue.

Huang is one of about 1 million creators who have generated e-commerce sales on Douyin as of January, drawn to the platform’s 600 million-plus daily users. The platform — which brings in commission fees from merchants as a new revenue stream — aims to have more than a thousand brands this year join the likes of Suning.com Co. in setting up stores on Douyin, and that number could increase fivefold by 2022, the company predicted in an internal memo. GMV may grow to as much as 600 billion yuan this year before doubling to 1.2 trillion yuan in 2022.

Douyin’s e-commerce foray in China may offer a roadmap for TikTok, which has begun testing the waters in online shopping through tie-ups with WalMart Inc. and Canandian e-commerce firm Shopify Inc. Back in December, Zhang told global employees that e-commerce, when combined with live-streaming and short videos, offers an even bigger opportunity outside China, according to attendees who asked not to be identified. The company has also been quietly building a team of engineers in Singapore to grow TikTok’s nascent e-commerce operations.

ByteDance’s push into online shopping comes as its other businesses face headwinds. To grow video gaming, ByteDance has been buying development studios but churning out blockbuster hits like Tencent Holdings Ltd.’s Honor of Kings could take years and China has previously cracked down on the industry in fits and starts. In online tutoring, regulators have sought to rein in excess marketing and competition is fierce against a slew of deep-pocketed startups like Alibaba-backed Zuoyebang.

In April, Zhang’s firm was one of 34 corporations ordered by the antitrust watchdog to conduct internal investigations and rectify excesses. And though its payment service has only just gotten off the ground, ByteDance and its peers were slapped with wide-ranging restrictions on their fast-growing financial operations following a meeting with regulators including the central bank last month.

But the same scrutiny could help the TikTok owner make inroads into China e-commerce, the largest online marketplace in the world. Alibaba has held off rivals JD.com and Pinduoduo Inc. over the past decade allegedly through practices like forcing merchants into exclusive arrangements. Regulators have since levied a record $2.8 billion fine on Jack Ma’s flagship firm and made eradicating “pick one from two” one of the main goals of its antitrust campaign, creating room for up-and-comers like ByteDance.

For now, the biggest and most immediate boost from ByteDance’s expansion into e-commerce is in advertising revenue, which still accounts for the bulk of its earnings. As the number of merchants on Douyin increases, so has their marketing spending within the platform. The firm projects that e-commerce may surpass gaming to become the biggest contributor to ad sales. At rival Kuaishou, merchants contributed about 20%, the company said in March.

“It’s more about getting greater share of advertising spending from brands that would otherwise be spending money on platforms like Alibaba,” said Michael Norris, a senior analyst with Shanghai-based market research firm AgencyChina. “This is where the threat to Alibaba comes from.

–With assistance from Jinshan Hong and Yoyo Cheng.

What is TikTok Shop and what does it do?

Wed May 12 , 2021
TikTok is currently testing a new feature: the TikTok Shop. Currently undergoing selective testing in Europe, the TikTok Shop will allow creators and brands to sell their products and services directly to consumers through the app, a recent Bloomberg report stated. The social media platform, owned by ByteDance, has compelling […] 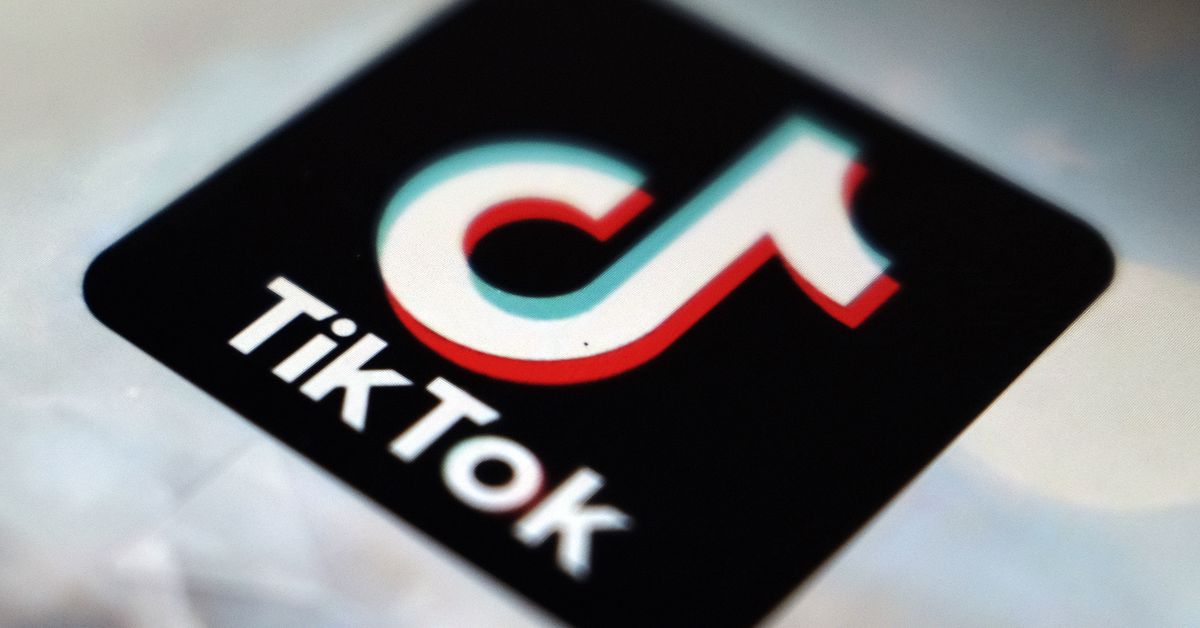