It was a hot day in July when Jampac Records owner Walter Gibson had floor fans placed around the Monroe shop because the building does not have central air. “Oh no, this is a real old-school record store,” Gibson said. “And the thing is we bought this building about 20 […]

It was a hot day in July when Jampac Records owner Walter Gibson had floor fans placed around the Monroe shop because the building does not have central air.

“Oh no, this is a real old-school record store,” Gibson said. “And the thing is we bought this building about 20 years ago when downtown was probably a cat, a dog and a horse on the highway. That’s about it.”

While other businesses saw a decline in customers during the pandemic, Gibson says his sales increased. That’s in part because he focused on selling online. From this small store in Monroe, he ships records to customers all over the world.

“You have to be global,” Gibson said. “If you’re not global, you just won’t make it. And that’s how we made it, because when they shut down that increased our online sales.”

Gibson estimates about 80% of his business right now is online. Before the coronavirus pandemic, it was split about 50-50 between online sales and customers walking through the door. Some of the customers who still shop in person are kids who — to Gibson’s surprise — are not looking for today’s pop stars, but singers from the 1940s and 1950s.

“A 12-year-old girl comes in here and talking to you and saying, ‘Do you have Doris Day?’” Gibson said. “I’m trying to figure out now what new artist is this? She’s talking about Doris Day. ‘Oh, that Doris Day!’”

‘If I Download It, I Won’t Have Anything In My Hand’

Gibson started Jampac more than three decades ago. He’s not surprised by the surge in vinyl sales during the pandemic as people had more time on their hands while isolating at home. Part of the interest, he says, is that people are getting tired of downloading music.

“Well, everyone is coming to the same conclusion,” Gibson said. “If I download it, I won’t have anything in my hand. I’m buying air. If I’m buying a record, at least I have something to look at the next day.”

Gibson says there’s one song in particular that best sums up the pandemic for him as both a small business owner and an individual: McFadden & Whitehead’s “Aint No Stoppin’ Us Now.”

“As long as I can hear that song, I’m energized to keeping on doing what I need to do regardless of whatever obstacle is in front of me,” Gibson said.

In Matthews, Noble Records is located at the end of a strip mall on Independence Boulevard. Customers walking in are immediately greeted by the huge wall of records to the right.

The holy moly wall is where the rare and expensive records are displayed, as Smith says, for customers to drool over. He points to one in particular: “Honky Tonk Heroes” by country legend Waylon Jennings.

“There’s a lot of really great players on here,” Smith said. “This is one that people look for. It’s super hard to find. I don’t hardly ever see them.”

Noble Records specializes in rare and hard-to-find albums. But the shop also has $1 and $3 sections, brand new albums and new reissues of old favorites.

Smith opened Noble only a few months before the pandemic hit. He was scared the shop wasn’t going to make it after Gov. Roy Cooper ordered all non-essential businesses to shut down in spring 2020, so he found other ways to reach customers.

“I was kind of of the mentality that if I work really hard while everybody else was chilling, I would probably do OK,” Smith said. “And so that’s what I did. That’s when I really vamped up my YouTube channel.”

Smith says his videos on YouTube brought many new customers into the store once it reopened. And just like at Jampac Records, many of Smith’s customers said they had always wanted to get into vinyl and that the shutdown had finally given them the time to do it.

“Under pressure is when you are refined.”

Like Jampac’s Gibson, Smith agrees one of the appeals for vinyl newcomers is how immersive the experience is compared to streaming music.

“They’re starting to go back and say, ‘Hey maybe we’re missing out on a huge element,’ which is the sound quality, the artwork, the total package of an album,” Smith said. “People like the tangible aspect of it more than anything.”

Smith saw a surge in business during the holidays and says the shop is now financially back on track after the uncertainty brought on by the shutdown. He’s optimistic about the future. For him, the pandemic is best summed up by a song he spun a lot over the last year: “Rock and A Hard Place” by singer-songwriter David Ramirez.

“He just talks about how hard times are really hard, but that’s when it makes you a stronger person,” Smith said. “And that’s how you evolve in life and that’s how you get to a better place. Under pressure is when you are refined.”

Tue Aug 3 , 2021
Large property owners are looking to unload more malls through sales or by allowing lenders to take over, brushing aside a recovery in the shopping-center business as more Americans get vaccinated. Global mall operator Unibail-Rodamco-Westfield , for one, sold three U.S. malls last year. The Paris-based company intends to further […] 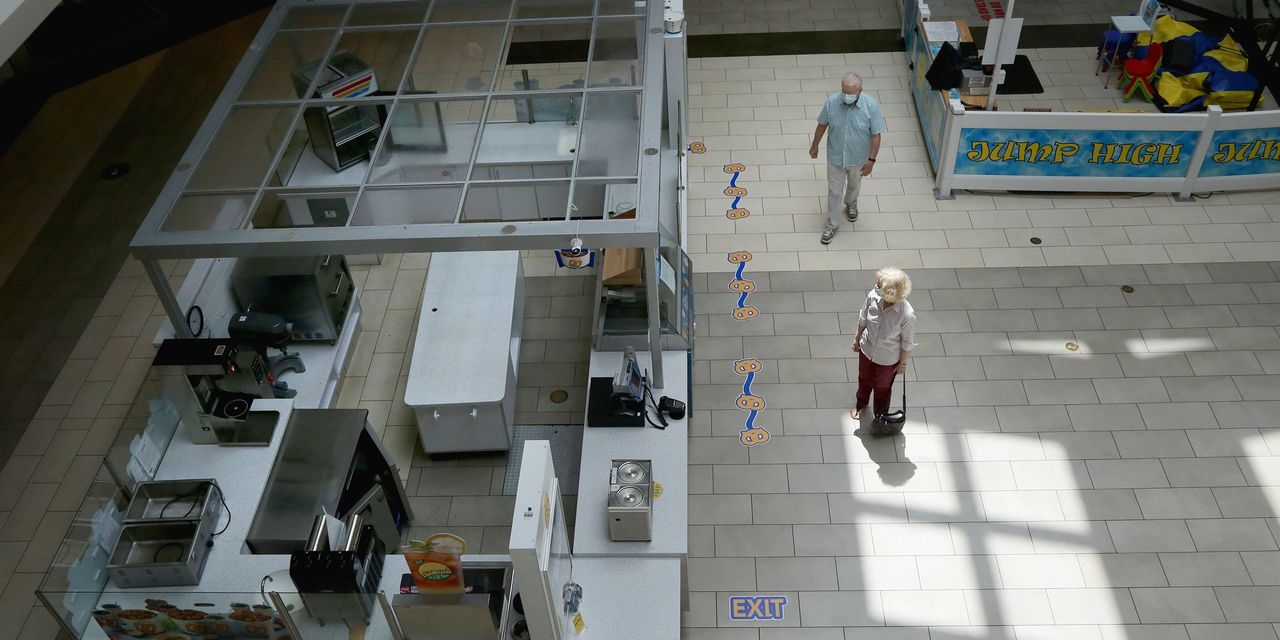