Share Tweet Share Share Share Email The great digital shift has sparked a lot of excitement on Wall Street. And a growing number of firms across the globe are joining the fray, bringing shares to public listing in a red-hot market. As reported earlier this month, Coupang filed documents with the […]

The great digital shift has sparked a lot of excitement on Wall Street. And a growing number of firms across the globe are joining the fray, bringing shares to public listing in a red-hot market. As reported earlier this month, Coupang filed documents with the Securities and Exchange Commission (SEC) to go public on the tech-heavy NASDAQ here in the United States. The company has been mulling a listing for at least the past decade.

The firm, which is 37 percent owned by SoftBank, would be coming public at a time where indices are at or near record highs. Platform firms, indeed all manner of companies with a focus on payments or online commerce, have been going great guns. But that begs the question of whether a rising tide will continue to lift all boats, and for how long.

Every company has its challenges and opportunities, and delving into Coupang’s S-1 reveals that the eCommerce giant is no different. To get a sense of just how quickly top lines can take flight in the midst of a pandemic: Coupa’s filing reveals that from the beginning of 2018 through the end of the most recent year, quarterly revenues soared by a multiple of four times, from the USD equivalent of about $900 million to $3.8 billion.

Coupang estimates in the filing that it has only a small percentage of the total retail, grocery, consumer foodservice, and travel spend in the Korean market, which was $470 billion in 2019 and is expected to grow to $534 billion by 2024. But along the same timeframe, red ink has been in evidence. The annual operating loss in 2018 was more than $1 billion, before narrowing to the most recent $527.7 million.

Focusing on the Last Mile

It may come as no surprise that operating costs have been mounting: According to its filing, the company dawn and same-day delivery. In the first scenario, items ordered as late as midnight will arrive by 7 a.m. the next day. Elsewhere, customers are eligible for free one-day delivery, every day, everywhere.

“We believe that our end-to-end delivery infrastructure, including the ability to control our last-mile delivery logistics, is a key competitive advantage,” the filing notes.  Logistics costs are included in the costs of sales, where that line item mushroomed from $3.8 billion in 2018 to nearly $10 billion in 2020.

Logistics, as Karen Webster noted in a column earlier this year, is indeed shaping up to a competitive differentiator for retailers (pretty much no matter what audience or country they’re serving). “Retail is now about logistics and the last mile,” she wrote. And that’s because companies like Amazon have made it easier not just to search for items and buy them, but to get those items to arrive with speed and security (Webster labeled it the “bring it to me” economy). That comes against the backdrop where, as PYMNTS research has shown, here in the States, roughly five times as many consumers would rather have products delivered than picked up curbside. That means consumers may remember more about what the delivery experience was like than about what they actually buy.

And as for the “what they buy” portion of the equation: Coupang is battling a problem that is part of the hazards of running an eCommerce business: “Although our terms of use prohibit the sale of counterfeit items or any items infringing upon third parties’ intellectual property rights in our marketplace and we have implemented measures to exclude goods that have been determined to violate our terms of use, we may not be able to detect and remove every item that may infringe on the intellectual property rights of third parties,” the company notes in the filing.

Elsewhere, Coupang notes that “we have also received in the past, and we may receive in the future, communications alleging that certain items provided by suppliers or listed by merchants on our apps and/or websites infringe upon third-party copyrights, trademarks and trade names or other intellectual property rights of others. Although we have sought to prevent and eliminate the listings of such goods, they may be listed on our apps or websites in the future, and we may be held liable to those parties claiming an infringement of their intellectual property rights.”

It’s a risk that is not quantified – but, as the saying goes on Wall Street, it takes decades to build a company’s reputation, and only minutes to tear it all down. Yes, eCommerce is hot – here, there and everywhere. But reading the fine print and watching the competitive landscape will be critical for investors as they mull new listings like Coupang’s.

Thu Feb 18 , 2021
By JOSEPH PISANI AP Retail WriterNEW YORK (AP) — Those $600 stimulus checks got Americans shopping again.  After three months of declines, retail sales soared a seasonally adjusted 5.3% in January from the month before, the U.S. Commerce Department said Wednesday. It was the biggest increase since June and much […] 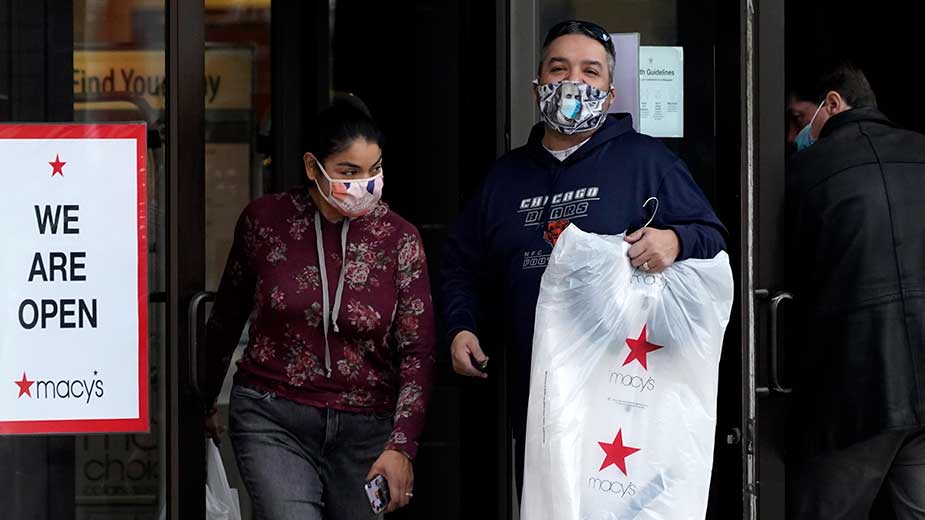