Share Tweet Share Share Share Email Sao Paulo, Brazil-based Nuvemshop, which operates an eCommerce platform, has raised $90 million in funding, the company announced today (March 22) in a press release. The round was led Accel and included participation from ThornTree Capital and existing investors Kaszek, Qualcomm Ventures and others. The […]

Sao Paulo, Brazil-based Nuvemshop, which operates an eCommerce platform, has raised $90 million in funding, the company announced today (March 22) in a press release. The round was led Accel and included participation from ThornTree Capital and existing investors Kaszek, Qualcomm Ventures and others.

The company, also known as Tiendanube in Spanish speaking countries, claims it is “the dominant eCommerce platform in Latin America, empowering entrepreneurs to build and grow thriving online businesses.” In the release, Nuvemshop said it now “serves nearly 80,000 merchants across Brazil, Argentina, and Mexico” — ranging from upstarts “to dominant brands such as Play Mobil, Osram, Billabong, Coppel, Luigi Bosca, Zaira Beauty, and Lolja.”

As part of the deal, Accel partner Andrew Braccia, who sits on the boards of such companies as Slack and Squarespace, will join Nuvemshop’s board. Braccia said that “Nuvemshop is uniquely positioned to help merchants in this region build direct relationships with their customers.”

Nuvemshop provides entrepreneurs and small- to medium-size businesses with the tools to set up, manage and promote their online businesses. As such, it aims to be a Latin American alternative to Shopify.

“Latin America is a vast market, filled with talented entrepreneurs, yet many lack the tools and resources needed to thrive,” said Santiago Sosa, CEO and co-founder of Nuvemshop. “Our purpose with Nuvemshop is to reduce these barriers to entry for entrepreneurs.”

The eCommerce company had previously raised $30 million in venture capital last October. At the time, Nuvemshop said it had 65,000 businesses using its platform and sales of over $100 million every month.

The company said today that it now has “hundreds of app partners in its ecosystem (along with) a large network of marketing agencies and freelancers to help merchants set up stores and tailor the platform to their specific needs.”

The release said that in Brazil alone, the region’s most populous country, the potential market is huge. The country doubled its eCommerce “penetration last year from approximately 5 percent to 10 percent.”

Mon Mar 22 , 2021
Albertsons Cos. could see online grocery potentially reach 20% of sales, driven by stepped-up e-commerce investment and greater consumer affinities for digital shopping and eating at home following the COVID-19 pandemic, according to President and CEO Vivek Sankaran. Boise, Idaho-based Albertsons stands as a “stronger company today than before we […] 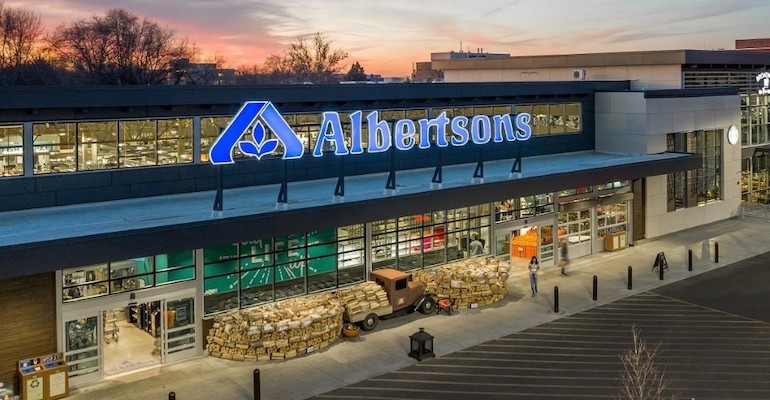