WYOMING, Mich. — Memorial Day is usually the first holiday where many people choose to set off fireworks, yet many stores are reporting shortages as the summer begins prior to July 4th. Hundreds of customers purchased fireworks ahead of Memorial Day at the Fireworks Superstore off of Division in Wyoming. […]

WYOMING, Mich. — Memorial Day is usually the first holiday where many people choose to set off fireworks, yet many stores are reporting shortages as the summer begins prior to July 4th.

Hundreds of customers purchased fireworks ahead of Memorial Day at the Fireworks Superstore off of Division in Wyoming.

Owner Greg Johnson was one of the few stores that still had product on the 4th of July last year, when other stores had sold out. He typically keeps a two year supply in stock, and he sold his two year’s worth on or before the 4th last year. In total, about 70% of his stock had been purchased.

The high demand last year can be attributed to a few factors. Johnson says the cancellation of big shows prompted some to put on their own firework displays in their neighborhood or home, and shipping is now taking twice as long from China, where most fireworks are manufactured. Shipping is taking about 50 days, rather than the previous 25 days from China.

The high demand led to a shortage last year and is again causing shortage problems for some stores in the Grand Rapids area and across the country. Johnson began purchasing his supply for this year about 12 months ago and took a proactive approach.

“I told my wife that it’s impossible for them to manufacture, ship, and get back into the country the amount of product that was sold. So, we just spent everything that we had and bought fireworks from July 4 last year all the way until now, just to have enough,” said Johnson.

Johnson once again has a full stock but expects sales to ramp up in the next month or so. Already, customers are purchasing for the 4th like father-son duo Tom and Jaron Buschert.

“It is a great experience -a great project – a father-son project to work on. It’s just fun for the whole family,” said Jaron.

The family puts on displays for Memorial Day, the Fourth of July, and Labor Day in their neighborhood. They recommend shopping early to not only catch deals but to also beat the crowds before product sells out.

“Shop early. Find the deals in March, April, May. Don’t wait until July to find stuff, because that’s when the deals start to slip off and you have to pay full price on everything so always shop early,” said Jaron.

Tue Jun 1 , 2021
Marea Perry donned a white dress and costume angel wings to march to a parking lot at the corner of W. Maryland Avenue and Arundel Street in St. Paul. She clasped hands with friends and family. She prayed. The sunny afternoon gathering on May 16 marked two years since she […] 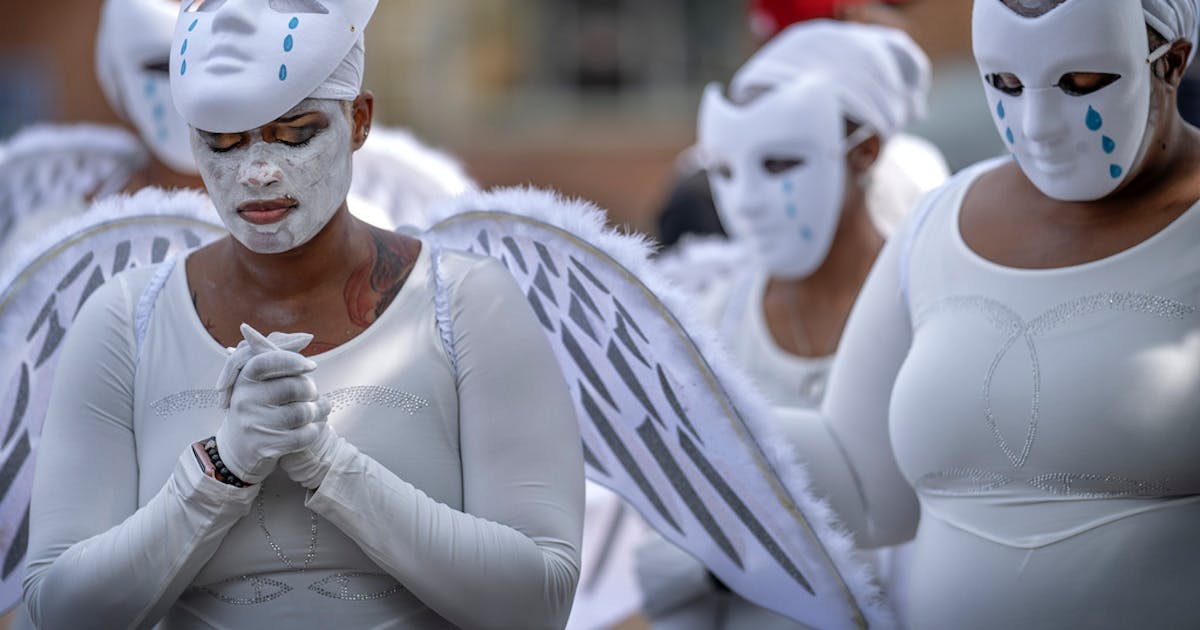