Share Tweet Share Share Share Email Hasbro, the world’s largest toymaker, said on Monday (Feb. 8) that its gaming and entertainment units drove sales last quarter, as homebound shoppers in the U.S. and Canada bought more games to keep kids occupied during the COVID-related shutdowns and restrictions. In a statement, […]

Hasbro, the world’s largest toymaker, said on Monday (Feb. 8) that its gaming and entertainment units drove sales last quarter, as homebound shoppers in the U.S. and Canada bought more games to keep kids occupied during the COVID-related shutdowns and restrictions.

In a statement, the Rhode Island-based company said that its $1.7 billion in holiday quarter revenue was up 4 percent from a year ago, and was helped by a 27 percent spike in gaming and a 20 percent gain in its TV/film/entertainment unit, with sales in the U.S. and Canada rising 16 percent. For the full year, Hasbro said its eCommerce sales had topped the $1 billion milestone, and now account for roughly 25 percent of its total revenue.

“Our teams found ways to reach the global consumer despite retail closures throughout the year, delivering over $1 billion in [eCommerce] revenues for the first time,” said Brian Goldner, Hasbro’s chairman and CEO, referring to 2020 as a challenging year. To achieve that milestone, Goldner said the global Hasbro team has demonstrated its “resilience, tenacity, creativity, flexibility and empathy, and leveraged our global supply chain capabilities and our evolving geographic manufacturing supplier base to get products made and distributed.”

Toys Are Back …  at Least Some of Them

Hasbro’s results came in above Wall Street expectations, and are consistent with results released in late January by market research firm NPD, which said 2020 was a record year for the U.S. toy industry. “Despite retail sales being flat for the first quarter and fears of catastrophic declines as nationwide stay-at-home orders took effect amid the spread of the COVID-19 pandemic, U.S. toy industry sales grew by 16 percent to $25.1 billion,” the NPD report said.

The report also noted that stimulus checks and canceled entertainment options, such as movies and sporting events, left more money in consumers’ pockets to purchase toys and games. In particular, NPD saw strength in dolls and accessories, which were up 56 percent, as well as a 31 percent spike in “sports toys,” such as scooters and skateboards. On the downside, reduced foot traffic in stores saw declines in purchases of what it calls “pocket money toys,” or those in-store impulse buys of items priced under $5.

On a company-specific level, PYMNTS’ latest Whole Paycheck report showed that Amazon and Walmart both saw their share of total U.S. retail sales slip, even though their revenues went up. In particular, the sporting goods, hobby, music and books category saw Amazon with a 15.5 percent share of the segment, versus just 3.2 percent for Walmart.

Even when the pandemic restrictions are lifted and life presumably returns to normal, analysts expect Hasbro’s results to get a lift this year from its dealings with Disney+ and its toy license for legacy franchises like Marvel and Star Wars, which will play a prominent role in the streaming service. With theatres closed and blockbuster movie releases down, the ability for the toymaker to capitalize on this key sector is critical.

“This year, it was flat to slightly declining because of the lack of large theatrical releases,” said The Toy Association President and CEO Steve Pasierb, acknowledging the strength of the legacy titles.

Other areas of change and adaptation include the rise in demand for so-called “kidults,” which trade site ToyBook said account for 27 percent of total toy sales in the U.K., including higher-ticket items like complex construction sets, games and puzzles.

With Hasbro’s results in the books, all eyes in the toy world will shift to Mattel on Tuesday (Feb. 9), when the maker of Barbie dolls and Fisher-Price is set to report its latest results.

Mon Feb 8 , 2021
TikTok users will soon be able to buy goods in the app, the Financial Times reports. The app is working on new in-app features like live-streamed shopping, similar to QVC. TikTok partnered up with Shopify last year as it began to move into e-commerce. Visit the Business section of Insider […] 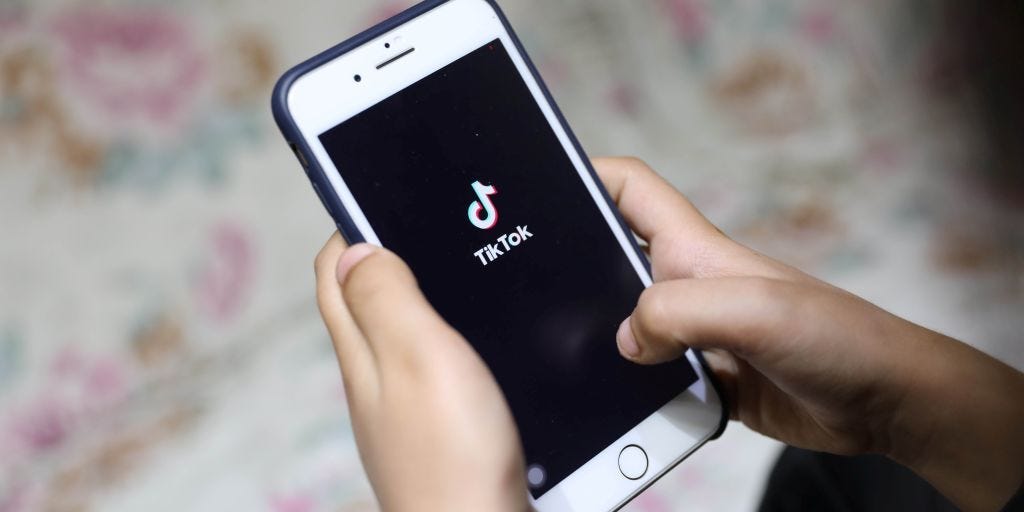