LONDON – Retail Ecommerce Ventures has bought the business and assets of Ralph & Russo Limited, the U.K.-based couture and ready-to-wear brand which collapsed into administration earlier this year. Paul Appleton of Begbies Traynor Group and Andrew Andronikou of Quantuma Advisory, acting as joint administrators, said they saw “an immense […]

LONDON – Retail Ecommerce Ventures has bought the business and assets of Ralph & Russo Limited, the U.K.-based couture and ready-to-wear brand which collapsed into administration earlier this year.

Paul Appleton of Begbies Traynor Group and Andrew Andronikou of Quantuma Advisory, acting as joint administrators, said they saw “an immense amount of global interest,” with numerous parties submitting bids. Retail Ecommerce Ventures was the successful party, and the deal has now completed, they said.

REV was founded by Alex Mehr and Tai Lopez in 2019, and over the past two years it has made a series of acquisitions including the Pier 1, Radio Shack, Dressbarn and Stein Mart brands. REV said its brands generate more than $1 billion in sales.

Appleton said REV “has a strong track record of acquiring and growing iconic retail brands globally. The joint administrators are confident that this acquisition will bolster the success of the Ralph & Russo brand globally.”

Lopez, executive chairman of REV, described Ralph & Russo as “a globally celebrated brand with a unique position in the luxury sector and significant brand affinity. With REV’s investment, there is massive potential for the Ralph & Russo brand to retain and grow its market leading position at the forefront of luxury design.”

Ralph & Russo was placed into administration, or bankruptcy protection, in March. It blamed the pandemic and subsequent lockdowns for the collapse of the business.

It was one in a long list of British brands and retailers to collapse under the weight of lockdown closures and travel restrictions. Before filing for administration, the company mothballed the atelier, which had specialized in creating lavish outfits for weddings and other formal occasions, due to the effects of the pandemic.

In January, the brand sat out the spring 2021 couture season. It didn’t make a collection, nor did it show as part of the Paris couture schedule, which it usually does. Adding to its many problems, it was also the subject of a lawsuit by Candy Ventures, an investment company belonging to the luxury real estate mogul Nick Candy.

The suit, filed in the British High Court earlier this year, involved the disputed terms of a 17-million-pound loan. Candy had loaned the money to the company, and in doing so, became a minority investor.

The business was founded in 2010 by creative director Tamara Ralph and her former partner Michael Russo. Both left the business earlier this year, and have since separated. Ralph was the designer and dressmaker, and Russo ran the business.

In its heyday the company made dresses for high-profile clients including celebrities and royalty. Meghan Markle wore a Ralph & Russo skirt and top for her official engagement picture in 2017. Jennifer Lopez, Rihanna, Kaia Gerber, Gwyneth Paltrow and Bella Hadid have all been snapped wearing the brand’s feminine, embellished designs for red-carpet events.

At its height, Ralph & Russo employed 350 people in the U.K., and was well-known for its client service. Ralph and her team constantly traveled for fittings and client appointments and provided top customers with films of their dresses being made in the vast London atelier.

Gap to close all stores in UK and Ireland

Thu Jul 1 , 2021
The American apparel retailer, which owns Old Navy and Banana Republic, said in a statement on Thursday that the closures will affect company-operated stores. It added that plans were also underway to sell its outlets in France and Italy. The retreat follows a strategic review of its European business that […] 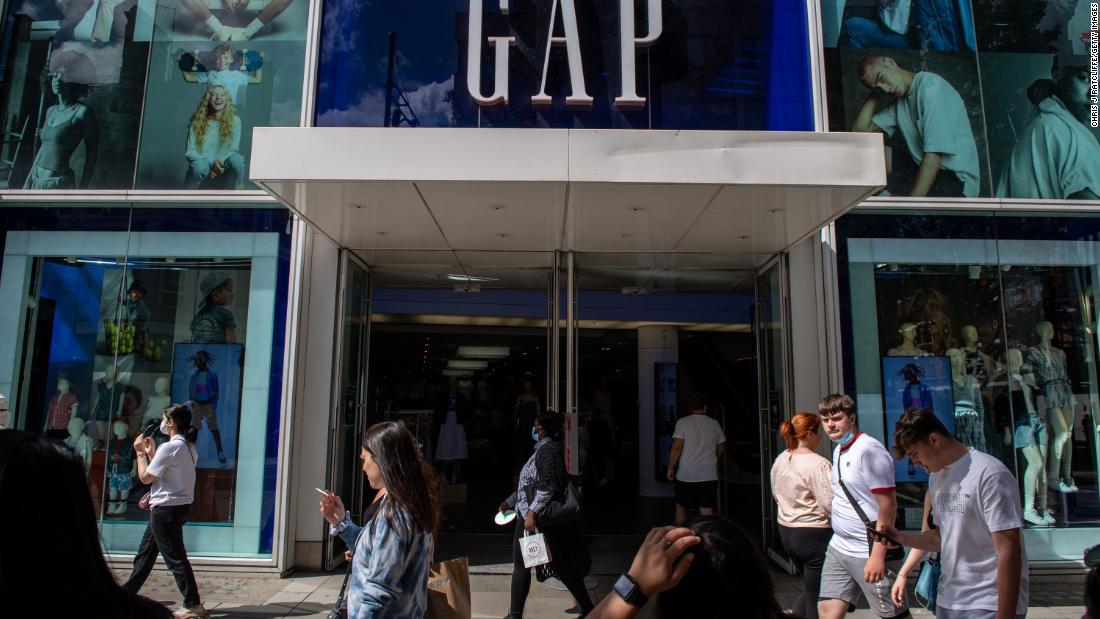