As Brazilians become accustomed to recommendation engines driven by artificial intelligence (AI) in e-commerce websites, some segments of the consumer base even prefer turning to automated advice when shopping online, according to research. A study carried out by data science company Ilumeo with 2000 e-commerce users who had some level […]

As Brazilians become accustomed to recommendation engines driven by artificial intelligence (AI) in e-commerce websites, some segments of the consumer base even prefer turning to automated advice when shopping online, according to research.

A study carried out by data science company Ilumeo with 2000 e-commerce users who had some level of interaction with automated recommendation engines has found that 80% of Brazilian consumers buying goods or services online would accept recommendations from an AI-driven system to support their decision making, while 20% are happy to fully delegate the choice to the platform.

When it comes to Brazilians who frequently shop online, the percentage of those who would delegate the choice to an AI robot rises to 32%, the study noted, adding this is due to the positive perception of AI recommendation engines, seen as useful resources by 65% of those polled.

Within Brazilians aged between 18 and 24 years old, however, the preference for AI over humans is even greater: some 66% of e-commerce users within that demographic consider AI engines to be helpful in the decision making process when shopping online, while 64% have that impression in relation to humans.

Younger age groups and e-commerce heavy users have a better overall assessment of AI-driven recommendation agents than the general average of the sample, according to Otávio Freire, co-founder and head of science at Ilumeo. “This reflects a greater intention of adopting technologies as people have greater contact with them, either through constant use or because they are already digital natives”, he noted.

Additionally, the study has found that at least 25% of Brazilians are inclined to pay more for a service that is recommended to them: the percentage rises to 38% among those who have more frequent online purchases. Of these, 38% said they would pay more for recommendations provided by bots, while 36% would accept additions to their online shopping cart after a suggestion from a human.

Half of the respondents said they trust the recommendations provided by the websites they shop from and believe they are personalized for them. For those who shop online frequently, the percentage rises to 58%. When it comes to AI-driven recommendations, 60% of the younger respondents said they consider these suggestions to be superior in relation to those provided by humans.

The study attributes the preference to recommendations made by AI systems to the convenience factor: 19% of the Brazilian e-commerce users polled said that there is more effort involved in interacting with human advisors, while 17% felt the same in relation to machines. For respondents aged between 18 and 24 years old, the perceived effort to interact with humans rises to 25%.

Sat May 22 , 2021
An employee loads packages into a delivery robot at a logistic center during a media tour of JD.com … [+] Inc.’s autonomous delivery vehicles in Changshu, Jiangsu province, China, on Thursday, Oct. 22, 2020. JD.com’s vast logistics network is set to continue attracting international and domestic brands wanting to deepen […] 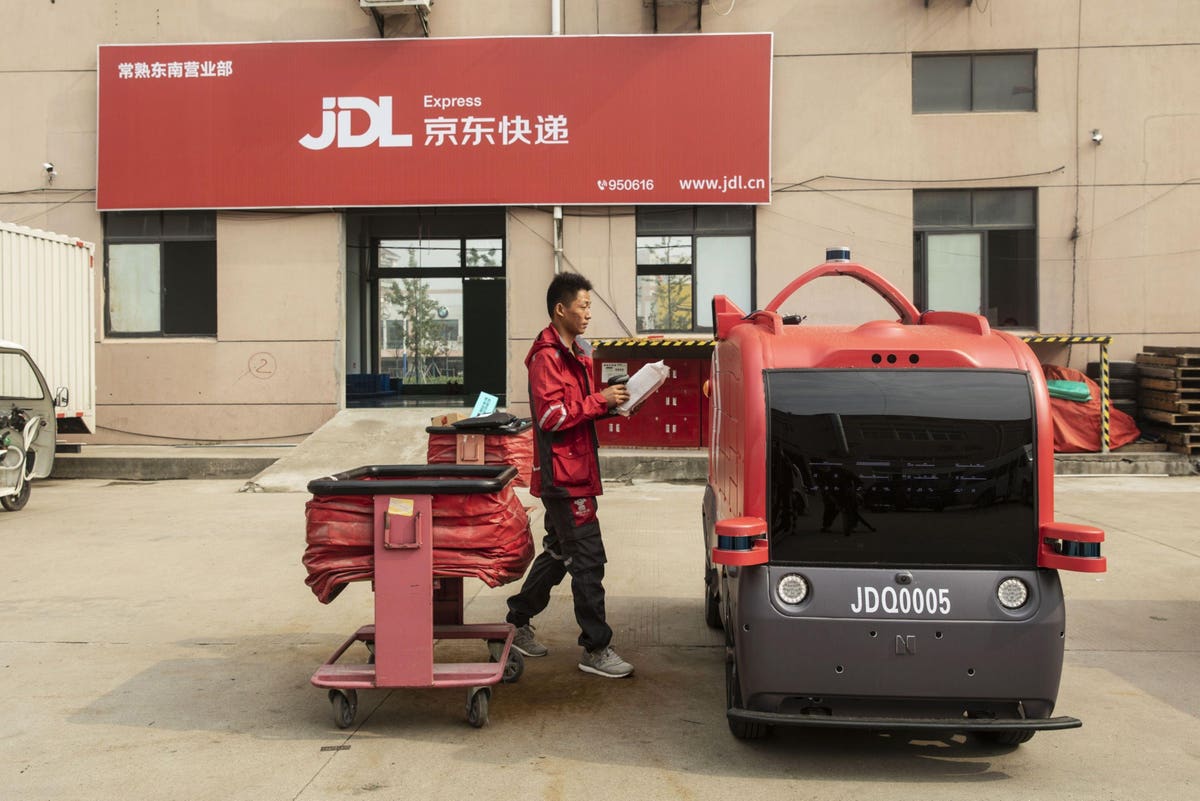